Remembering what this day means 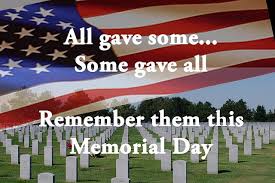 A Florida couple, both well into their 80s, go to a sex therapist's office.

The doctor asks, 'What can I do for you?'

The man says, 'Will you watch us have sexual intercourse?'

The doctor raises both eyebrows,

but he is so amazed that such an elderly couple is asking for sexual advice that he agrees.

When the couple finishes, the doctor says,

'There's absolutely nothing wrong with the way you have intercourse.'


He thanks them for coming, he wishes them good luck,

he charges them $50 and he says good bye.


The next week, the same couple returns and asks the sex therapist to watch again.

The sex therapist is a bit puzzled, but agrees.

This happens several weeks in a row.

The couple makes an appointment , has intercourse with no problems, pays the doctor, then leave..


Finally, after 3 months of this routine, the doctor says, 'I'm sorry, but I have to ask.

Just what are you trying to find out?'

The man says, 'We're not trying to find out anything.

She's married; so we can't go to her house.

I'm married; and we can't go to my house.


SHAME ON YOU FOR LAUGHING AT THAT

It is hard to find a joke today without a dirty word or two in it, but here is one:

Two tall trees, a birch and a beech, are growing in the woods.  A small tree begins to grow between them, and the beech says to the birch, 'Is that a son of a beech or a son of a birch?'

The birch replys that he cannot tell, but just then a woodpecker lands on the sapling.

The birch says, 'Woodpecker, you are a tree expert.  Can you tell if that is a son of a beech or a son of a birch?'

The woodpecker takes a taste of the small tree and replies, 'It is neither a son of a beech nor a son of a birch.  It is, however, the best piece of ash I have ever poked my pecker into.'

Now wipe that smile off your face, and pass it on.