Charlie’s wife Lucy had been after him for several weeks to paint the seat on their toilet.  Finally he got around to doing it while Lucy was out.  After finishing he left to take care of another matter before she returned.

She came in and undressed to take a shower.  Before getting in the shower she sat on the toilet. As she tried to stand up she realized that the not-quite-dry epoxy paint had glued her to the toilet seat.

About that time Charlie got home and realized her predicament.  They both pushed and pulled without any success whatsoever.  Finally in desperation Charlie undid the toilet seat bolts.  Lucy wrapped a sheet around herself and Charlie drove her to the hospital emergency room.

The ER Doctor got her into a position where he could study how to free her (Try to get a mental picture of this.).  Lucy tried to lighten the embarrassment of it all by saying, “Well Doctor I’ll bet you’ve never seen anything like this before.”

The Doctor replied, “Actually I’ve seen lots of them.  I just never saw one mounted and framed.”


Sally Mullihan of Coral Springs, Florida decided to take one of the jobs that most Americans are not willing to do.


The woman applying for a job in a Florida lemon grove seemed to be far too qualified for the job. She had a liberal arts degree from the University of Michigan and had worked as a social worker and school teacher.

The foreman frowned and said, “I have to ask you, have you had any actual experience in picking lemons?”  “Well, as a matter of fact, I have! “I’ve been divorced three times, owned 2 Chryslers and voted for Obama.” 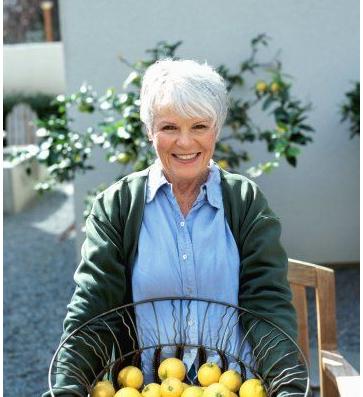 Big Man in a Small Town

Joe grew up in a small town, then moved away to attend college and law school. He decided to come back to the small town because he could be a big man in this small town. He really wanted to impress everyone. He opened his new law office, but business was very slow at first. One day, he saw a man coming up the sidewalk to his office. He decided to make a big impression on this new client when he arrived. As the man came to the door, Joe picked up the phone. He motioned the man in, all the while saying, “No. Absolutely not. You tell those clowns in New York that I won’t settle this case for less than $1 million. Yes. The appeals court has agreed to hear that case next week. I’ll be handling the primary argument, and the other members of my team will provide support. Okay. Tell the DA that I’ll meet with him next week to discuss the details.”

This sort of thing went on for almost five minutes. All the while, the man sat patiently as Joe rattled instructions. Finally, Joe put down the phone and turned to the man.

The man replied, “I’m from the phone company. I came to hook up your phone.”

Just because someone doesn’t love you the way you want them to, doesn’t mean they don’t love you with all they have. Ralph and Edna were both patients in a mental hospital. One day while they were walking past the hospital swimming pool , Ralph suddenly
jumped into the deep end.

He sank to the bottom of the pool and stayed there.

Edna promptly jumped in to save him. She swam to the bottom and pulled him out. When the Head Nurse Director became aware of Edna’s heroic act she immediately ordered her to be discharged from the hospital, as she now considered her to be mentally stable.

When she went to tell Edna the news she said,
‘Edna, I have good news and bad news. The good news is you’re being discharged, since you were able to rationally respond to a crisis by jumping in and saving the life of the person you love… I have concluded that your act displays sound mindedness.

The bad news is, Ralph hung himself in the bathroom with his bathrobe belt right after you saved him. I am so sorry, but he’s dead.’

Edna replied, ‘He didn’t hang himself, I put him there to dry..

How soon can I go home?’

Bob received a free ticket to the Super Bowl from his company. Unfortunately, when Bob arrived at the stadium he realized the seat was in the last row in the corner of the stadium. He was closer to the Goodyear Blimp than the field!

About halfway through the first quarter, Bob noticed an empty seat 10 rows off the field right on the 50-yard line. He decided to take a chance and made his way through the stadium and around the security guards to the empty seat.

As he sat down, he asked the gentleman sitting next to him, “Excuse me, is anyone sitting here?” The man said “No.”

Very excited to be in such a great seat for the game, Bob said to the man next to him, “This is incredible! Who in their right mind would have a seat like this at the Super Bowl and not use it?!”

The man replied, “Well, actually, the seat belongs to me. I was supposed to come with my wife, but she passed away. This is the first Super Bowl we haven’t been to together since we got married in 1967.”

“That’s really sad,” said Bob, “but still, couldn’t you find someone to take the seat? A relative or a close friend?”