Electronic Arts has announced the release date for Command and Conquer 3 Tiberium Wars as Mar 2007.

The following is a quote from Gamespy.com

In the 37th Century, the galaxy is torn apart by three rival factions, each vying to eradicate its enemies from the universe, end the Infinite War and become the reigning power supreme. Supreme Commander represents the next evolution in the Real Time Strategy genre through its truly strategic and tactical gameplay and mind-blowing scale and scope, which is coupled with unrivalled zoom and control features.

Here is a CGI and interviews of something that we can never let happen again.

I wanted to share a great email I received this week.

A Picture Worth 1000 Million Words.

We truly take a lot for granted. Forget the football “heroes” and movie “stars”. Pass this on so that all may know the price of freedom. ?

Only two defining forces have ever offered to die for you,
Jesus Christ and the American Soldier.

One died for your soul;
the other for your freedom.

Are you a member of UFAF and want to see some pictures from the ITC 2006 banquet. Well, I have 34 pictures currently loaded on this site.  You will have to register and let me know that you are UFAF member to gain access to the pictures.  I think these were the best of the ones I took at ITC.  I was using my daughter’s Rebel XT 8 Mega pixel camera with 300mm telephoto lens from across the banquet room.  Most of the pictures were of those receiving awards.

I did learn I will need to get a tripod and closer next time.  :red: 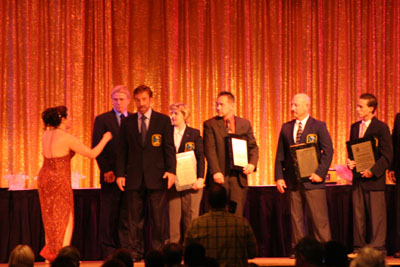